On Friday 21st January , Nathan Levy from Inspired Futures, along with 3 members from the Met Police force, hosted an all day workshop on knife crime to our year 9s. It was an insightful, thought-provoking and emotional session, which really made the year 9s consider the consequences of not only knife crime itself, but the impact of not sharing information to the relevant authorities.

It also highlighted the devastating effects such crimes have on all involved, including friends and families. The year 9s were highly engaged and certainly took away much to consider. Nathan praised the students at the end of the session and said it was the best school he had been too. 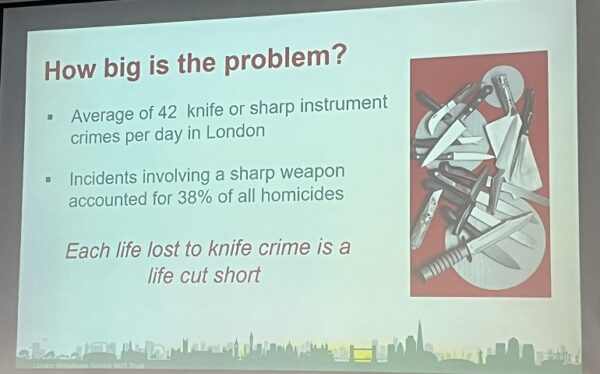