As part of the national celebrations for Her Majesty The Queen’s Platinum Jubilee year, the Royal Navy invited us to take KS3 pupils to their Royal Navy Warship and experience ‘day to day’ life in the Royal Navy. They had the opportunity to meet working members of the Royal Navy, including the captain. Mounts Bay is an auxiliary ship that works with the Royal Navy and is currently still in service. Therefore, it was a ubique opportunity for our pupils to visit a working ship, with the Captain and crew all on hand to guide pupils around the ship and answer any questions.

The Captain later on told Mr Lanza that the ship that he was impressed with our pupils’ deep questions. Our pupils behaved impeccably all day, even more so when you consider that the tube strike was still going on which meant getting there and back was a bit of a military operation! Here are sone pupil comments:-

Hana Choudhury in 7O said: “Our trip started with us taking the train to Greenwich and then lining up for an Uber sponsored boat which would then take us onto the Navy ship. First we went to the upper deck on the ship where we saw where the helicopters would land if needed. We saw the lifts which they would use to transport food from the deck to the kitchen. After that we went to go and see the cabins. We met real soldiers, saw how the ship is armed to respond to pirates and enemy forces and we even got to hold some of the weaponry. It was one the most exciting but, admittedly, tiring experiences and I can only imagine how a Navy soldier feels operating those ships day in and day out. The crew were so friendly and welcoming and it definitely inspired me.”

Kristiana Semenko Year 7 about what the trip taught her – “We all may have come from different ships but we’re in the same boat now. Don’t let anyone treat you differently or tell you it is impossible to succeed. The seas we face may be rough but no matter the difficulty, we’re all the captains of our own ship and can do anything we want.” 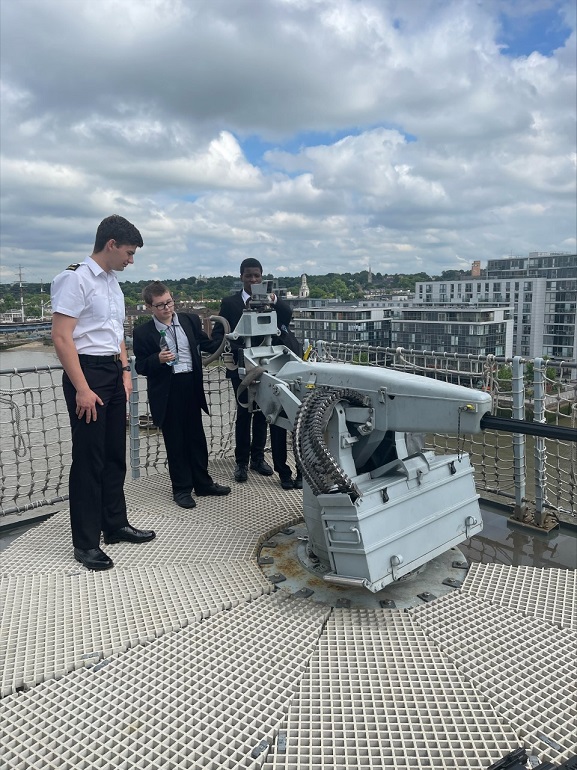 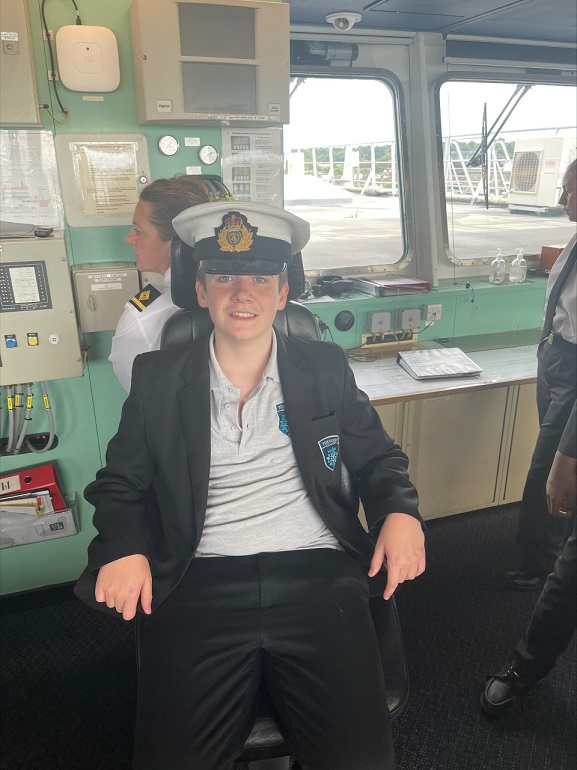