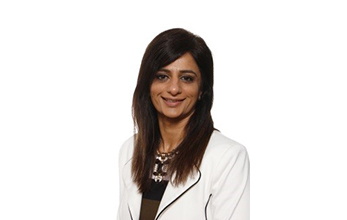 Following a successful recruitment process, Ms Misbah Mann has been appointed as the new Principal of The Forest Academy. She will commence her post officially from 1st September 2018. Miz is an experienced Headteacher, whose previous school was judged outstanding.

The Forest Academy’s current Principal, Will Thompson is taking on a new role as Principal at Britton’s Academy in Havering. Will has transformed The Forest Academy, during his eight years as Principal. We wish him every success and hope that he will keep in touch as we continue on this exciting journey.

Miz Mann joined Beacon Academy Trust in September 2017 as the Primary Executive Principal to extend our School Based Teacher Training programme. As a member of the Beacon Trust Executive, she has been using her expertise in school evaluation and improvement to support our schools. In addition, this year, she has been supporting schools in Redbridge as a leadership consultant ensuring that school leaders are driving improvement priorities and focussing on student experience and outcomes.

Ms Mann has been teaching since 1995. Having already been a Headteacher in two schools, her real passion lies in working with students and their teachers. From 2010 until 2017, Miz was the Headteacher of Aldersbrook Primary School, which was judged as ‘Outstanding’ in December 2014. Prior to this, she was the Headteacher of a school in Newham, and we are delighted that she has chosen to share her expertise and experience at TFA.

The Forest Academy is an integral part of the Beacon Multi Academy Trust, developing opportunities through partnerships with Beal High School, The Beacon Business and Innovation Hub and NELTA to ensure all children reach their full potential. The Forest Academy has had much to celebrate this year including being ranked third in Redbridge schools for Sixth Form progress; we are extremely proud of the students and teachers who have achieved these outstanding results and pleased that an Ofsted inspection in December 2017 rated us as a good school for the second time in succession.