TFA Says no to extremism.

Last week we had the privilege of welcoming two guest speakers, Darren and Imam Mahmoud, who work with the Naz Foundation to combat extremist ideologies. The messages they shared with our Year 9 pupils align with our school values in tackling hateful ideologies and the importance of community building as methods to achieve this.

Darren shared his honest and moving account of growing up in a very large migrant family and having the great loss of his best friend and parents as a teenager. As a result, Darren sought a sense of community and these networks provided it.  Drawing on his own experiences, Darren explained how individuals can be drawn in slowly to extremist ideologies without realising and he highlighted the dangers. Now part of Exit UK and Small Steps,  Darren works with Muslim leaders and former far-right activists to try to combat far-right extremism and create a dialogue of progression.

Imam Mahmoud, spoke passionately about inclusivity and tolerance and how it is everyone’s responsibility to speak up against discrimination. He was dubbed the ‘Hero Imam’ after the terrorist attack on Finsbury Park Mosque in 2017 and who mentors young Muslims and works on bringing communities together. Iman Mahmoud is now committed to exposing and eradicating far right extremism in the UK.

The talks were extremely powerful and will have a positive and lasting impact on our pupils.

“The talks were inspiring and interesting. It has made me improve myself and become more caring’.

‘I learnt a lot about how far right groups approach people and how they stereotype by race or religion to draw people in.’

“At first I thought people from extremist groups joined because they were racist and ignorant, but it can actually stem from things much deeper like being so low that you look for people to blame. Another example is victims being groomed by influential and older people who give them a sense of community and belonging and they are told they will be treated right by the extremist group.”

“I thought the talk today was so thought provoking. The students managed to interpret quotes and imagery for themselves and were so mature in their handling and questioning.”

“It was so great to see the pin drop silence from our pupils during the speakers moving accounts of their life experiences. Pupil questions were intelligent, thoughtful and respectful. Every pupil took away a shared experience, a thought provoking incident or a note to self for the future.” 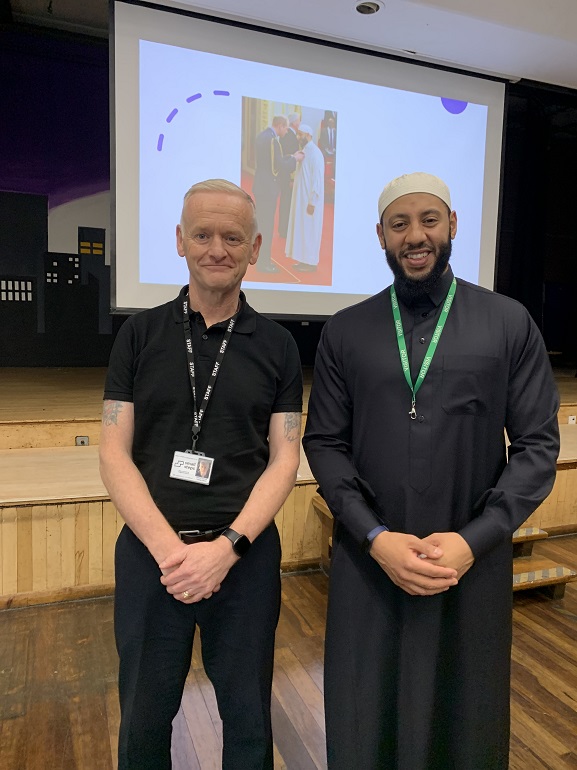 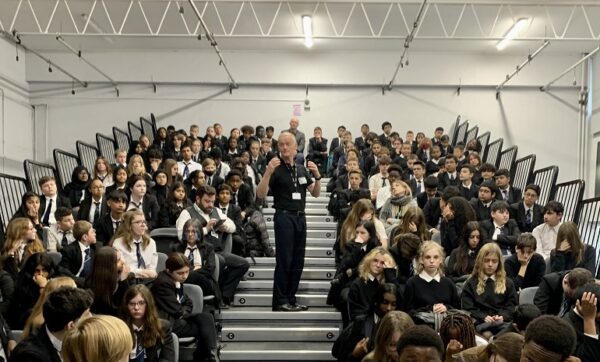