Mr Ali: The students found the trip very interesting and were very enthusiastic the whole day learning and engaging with all the exhibits chosen for the day. Behaviour was amazing from every student with only positive comments from other staff members, museum staff and general public about their respect and politeness.

Mr Lupton (HOY): Those that were on the trip were wonderful and were a true credit to the school. I had lots of comments from members of the public that were really impressed with them giving up their seats on the tubes and being very respectful throughout the whole day.

Oreoluwa Ipaye: The trip was very interesting and I saw and learnt a lot of really cool things which was very fun for me. We went to different exhibits, my personal favourite was the volcanoes and dinosaurs. For the volcanoes we saw how they work and act and the effects they bring. For the dinosaurs we saw how they looked and their different behaviours and how they defend and fight. Overall the trip was entertaining and educational at the same time.

Hana Choudhury: Personally, I enjoyed the Kobe market which was an experience showing how people dealt with earthquakes in 1940’s Japan. I learnt a lot about Volcanoes, Earthquakes and Dinosaurs.

Aiden Fowell: The trip was very interesting and I learned a lot of things. Also the aesthetics and the layout of the museum was very good as you could instantly understand the information

Khelan Patel: The trip was very fun and there were many things to interact and look at. Our teachers were letting us explore and they were looking after us all the time. We all enjoyed it a lot. 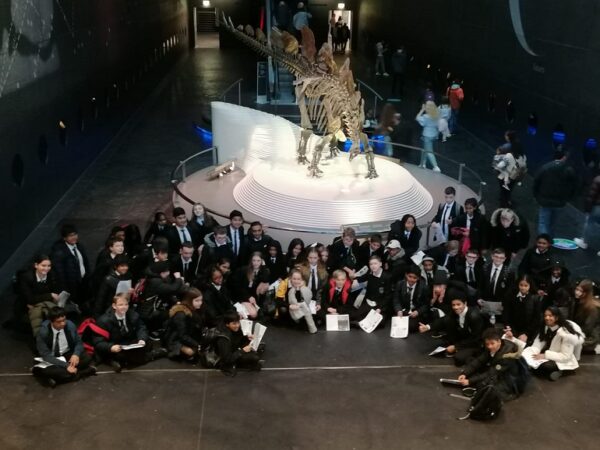